Abigail "Abby" Elliott is an American actress and comedian best known for her four seasons as a cast member on Saturday Night Live from 2008–2012.

Abby Elliott was born in New York City and raised in Wilton, Connecticut, the daughter of Paula Niedert, a talent coordinator, and actor/comedian Chris Elliott. As a child, she enjoyed acting in school plays at Our Lady of Fatima School in Wilton, and decided that she wanted to pursue acting as a career from an early age. She attended high school at Immaculate High School in Danbury, Connecticut, where she acted in school plays and musicals. After graduating from Immaculate High School in 2005, she attended Marymount Manhattan College in New York City but dropped out during the first semester after her dormitory became infested with mice, one of which she believes to have urinated in her eye and consequently given her conjunctivitis.

Elliott took comedy classes at The Groundlings and eventually began training and performing sketch comedy at the Upright Citizens Brigade Theatre (UCBT) in Los Angeles. In 2006, Elliott appeared with small roles in the comedy pilots "You've Reached The Elliotts" and "Chrissy: Plain & Simple", both pilots starring her father, Chris Elliott. While at UCBT, she frequently performed with The Midnight Show sketch troupe. She has also occasionally performed comedy with her younger sister Bridey. Before joining the cast of SNL, Elliott had also done guest voices roles on King of The Hill and Minoriteam. She has also been featured in a number of Late Night with Jimmy Fallon sketches such as Jersey Floor and 6-Bee. In 2011, Elliott made her film debut with a small role in No Strings Attached. She had supporting roles in the 2012 indie-comedy High Road. She appeared in Fun Size, which opened in late 2012.

Abby played Max and Caroline's assistant who gets hired in the episode And the New Boss. 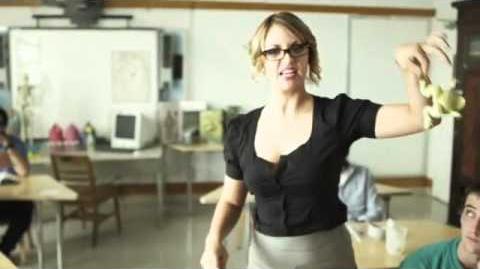