And Just Plane Magic is the sixteenth episode of the second season of 2 Broke Girls.

Max meets a guy who works for a record label who becomes so smitten with her that he offers to fly her and Caroline to Los Angeles for the Grammys on a private plane.

Han comes in to tell the girls he is making a big decision. They are moving to modern ketchup squeeze bottles. They get stuck doing ketchup bottles on a Friday night. Caroline decides they should blow it off and go out. Max realizes the Raveonettes are playing, and they can probably get in cheap.

They wait in line, but need tickets to get in. A man in a cow outfit offers them for free, if Caroline milks him. Nope. Caroline is disappointed by New York without money. Max offers her purse beer to liven things up, but she wants Max to work her magic. Max kicks the door a few times, but nothing happens. So she kicks a trash can. A European man opens the door. He is with the band. He flirts with Max, and invites her and Caroline in.

At the diner Caroline is worried. She hasn't heard from Max since she went home with the guy from the band. Sophie comes in, exercising. Max enters too, wearing new sunglasses. Caroline asks if she slept with that guy and she tells her she really slept with that guy. She’s seeing him again Sunday… and she invites Caroline.

He’s taking them to the Grammy’s!

They ask Han if they can get the weekend off, and he and Caroline fight over who loves 2 Chainz more. Max also reveals she has never been on a plane before… let alone a private jet. The girls load onto a private plane.

They chat with the French stewardess. Max is not sure what to do on the private plane… and Caroline realizes this is her old private jet. She finds an old Chanel lip gloss she hid for emergencies. The stewardess gives them champagne and tells them they are just waiting on one passenger. It’s 2 Chainz. The flight takes off. 2 Chainz dozes, but Caroline wants a picture with him. Max tries to wake him but he is completely out. They decide to take the picture anyway. Max poses with him while he sleeps. Caroline, however, manages to wake him by putting her butt in his face. Caroline raps to him when he wakes.

The pilot comes back—the same pilot who used to fly Caroline. He invites Max to go see the cockpit. He also hits on Caroline, because now she’s broke, so it’s OK. She agrees to go out with him.

2 Chainz asks what’s up with that, and Caroline reminds him that she shouldn't turn down the man flying their plane. In the cockpit, the co-pilot lets Max help fly the plane, while he talks about his previous experience with drugs. The plane makes a strange noise, and Max freaks out and runs back. The plane has to make an emergency landing in Kansas.

They bunk at a hotel while Caroline calls her pilot. Max’s new “boyfriend” is flying them home tomorrow. Coach. Caroline dumps their vending machine food on the table. Max is upset she’s not at the Grammys.

They turn the Grammys on and strip to their new dresses, enjoying the night anyway. 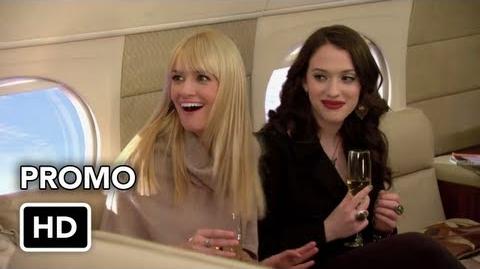 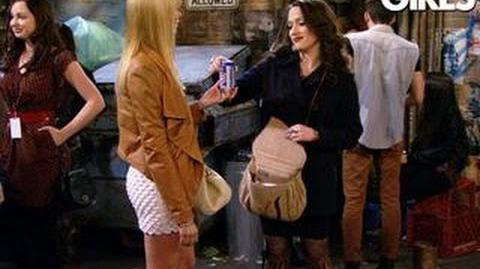 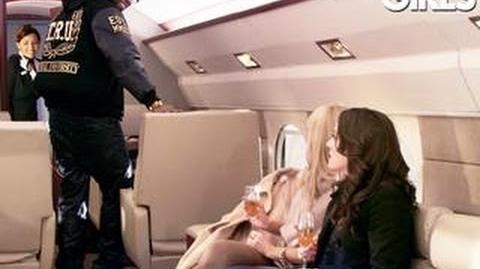 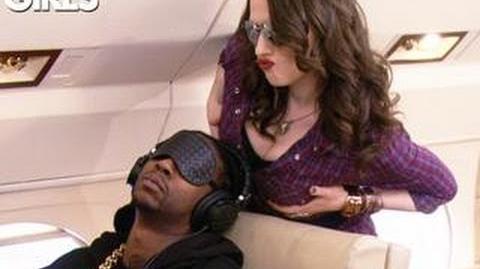 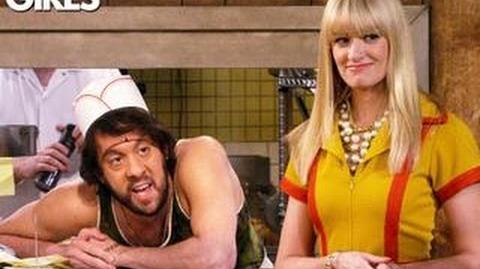