Start a Wiki
And Not-So-Sweet Charity is the eighteenth episode of the second season of 2 Broke Girls.

Max and Caroline try to get a loan from Caroline's callous aunt when they find themselves in danger of losing their cupcake shop and get an eviction notice.

When a deaf woman enters the shop with her translator, Max makes a quip about being rich enough so someone could talk for her, but Caroline chimes in, “Max, are you blind? She’s deaf.” Max has been hoping that she would become deaf ever since Caroline moved in with her.

Hilarity aside, the deaf woman expresses her desire to buy the shop and take over Max and Caroline’s lease. Max agrees right away, but Caroline declines because Caroline believes in their dream. Sophie returns from the restroom, sees the translator using sign language, and assumes he’s doing Madonna’s “Vogue” moves. Sophie mimics the translator’s movements like it’s a dance.

Despite Caroline’s decline in the offer, the translator adds that they would have to pay six months of rent upfront instead of the $25,000 if the girls were to accept the offer. Max and Caroline find out that a Whole Foods will be moving into their cupcake shop's neighborhood. Caroline sees this as a sign to keep their shop because customers will come to purchase their cupcakes.

The only problem is the money needed upfront. Caroline casually mentions her Aunt Charity to which Max tells Caroline why she hasn’t mentioned her aunt sooner. Aunt Charity owns a cosmetic company, and when Caroline was younger, her aunt would lock her in her room and pull her hair, but that’s water under the bridge now, right? After waiting in the reception area for her aunt, Caroline suffers from a round of hair pulling once again.

That night, Caroline encourages Max to bake some cupcakes for her aunt to impress her. The next day, the girls return to the cosmetic company, yet her aunt is preoccupied with a face peel. And if anyone has a preconception that face peels are supposed to look luxurious, they have not seen Aunt Charity. Covered in a mask exposing the outlines of raw skin, Aunt Charity sounds and look loopy when her niece and Max burst into the room. To numb the pain of her peel, Aunt Charity sucks on medicated lollipops. Max gleefully takes a lollipop, while Caroline pleas with her aunt to help her out. Initially, Aunt Charity stands her ground on not lending Caroline the money.

Caroline soon discovers that Aunt Charity has been hiding a childhood treasure of hers, a cocoa mug with a seagull on it. When the secretary comes in to change her mask, an angry Caroline insists she will gladly change her aunt’s mask. Caroline peels off her aunt’s mask exposing the raw skin underneath and messily slaps on the new mask. Caroline starts to leave with a dazed Max, but then, Aunt Charity stops Caroline to write a check for her.

Not so fast. Aunt Charity literally hits the table after sucking on one too many morphine-induced pops and doesn’t finish signing her last name. Caroline figures that she and her aunt have the same last name, so she forges her signature. The very next day, the translator and the deaf woman appear in front of the girls to tell them that the check didn’t go through. That’s when Max and Caroline realize that Aunt Charity stopped payment on the check. The girls are forced to sign their shop away.

Aunt Charity visits the girls at the shop to tell them that if she had given them the money, they would not have learned anything. Pausing long enough to return Caroline's special mug, she saunters out. Caroline only wishes there were a sure sign that they made the right move in giving up the shop. Cue an SUV crashing into the shop dodging Max and Caroline by a smidgen. Caroline's special mug improbably lands unbroken on the SUV's hood. But a falling ceiling fan then sends the mug shattering on the floor. Caroline takes it all in stride, "Well, I feel sorry for whoever owns this dump!" 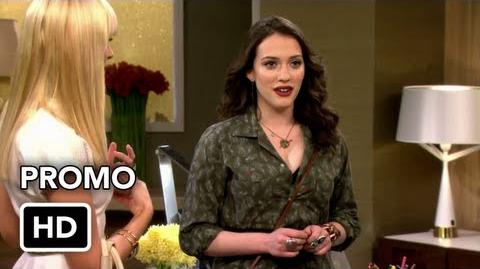 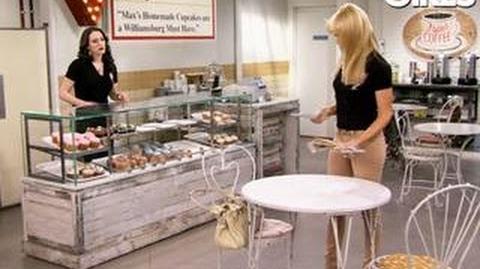 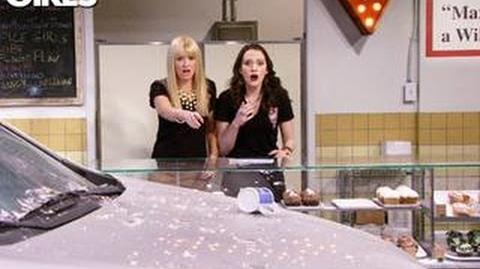 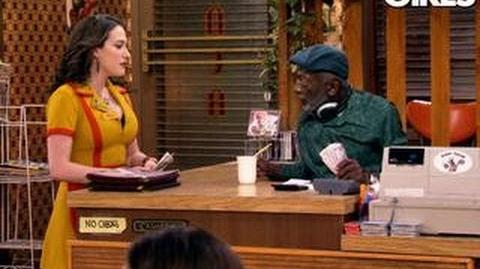 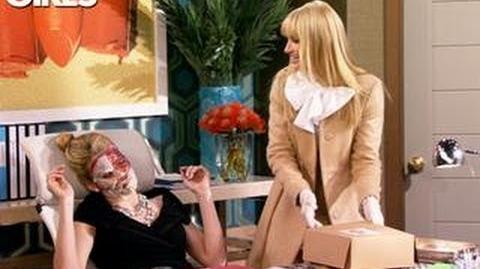 Retrieved from "https://2brokegirls.fandom.com/wiki/And_Not-So-Sweet_Charity?oldid=17871"
Community content is available under CC-BY-SA unless otherwise noted.