And Strokes of Goodwill

And Strokes of Goodwill is the third episode of the first season of 2 Broke Girls.

A battle erupts over a shirt after Max introduces Caroline to shopping at thrift stores; a sarcastic street artist, Nick Zano, flirts with Max.

Caroline needs new shoes, so Max takes her to a Goodwill store to buy new clothes. At first, Caroline is horrified, and even cries when she discovers that a pair of eight hundred dollar shoes she once owned are now on sale for just eight dollars. But after following Max's advice, she finds a pair of shorts she likes, and does a dance upon discovering they're being sold for five dollars. While Max is distracted by the "dance", a Puerto Rican woman steals a Strokes t-shirt Max really wanted, causing her to get angry with Caroline and storm out of the store.

Later, Max has gotten over the loss of the t-shirt, despite what Caroline thinks, and the two go drinking. Max introduces Caroline to Johnny, a street artist and bar tender. At the bar, Caroline spots the other girl from the Goodwill, and confronts her, leading to a brief catfight which Johnny breaks up.

The next night, the Puerto Rican girl and her closeted boyfriend turn up at the dinner. Max has a brief verbal exchange with her. Caroline takes things into her own hands by "accidentally" spilling borscht on her, which cheers Max up, but the two are forced to flee when the woman comes after them. 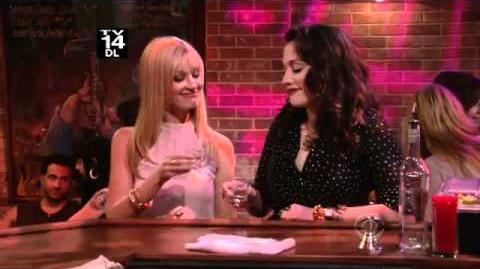 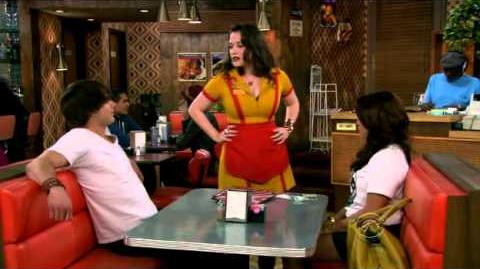