And Too Little Sleep

And Too Little Sleep is the fourteenth episode of the second season of 2 Broke Girls.

Max and Caroline enlist the gang from the diner to help them bake throughout the night in order to fulfill a giant cupcake order.

When Andy comes into the shop, he asks Max how Caroline is doing after the break-up, to which she tells him Caroline is fine. However, Max and Andy continue their unexpected animal friendship texting.

At the diner, Caroline and Max fall asleep at the job only to be reprimanded by Han. The worst part? Caroline’s sleep-deprived state made her forgot about a large order of cupcakes due the very next morning.

To make the order, Max advises Caroline to fake having “super gonorrhea” to get the day off from work at the diner. Nevertheless, problems arise when Caroline accidentally breaks the oven, and the girls have to return to the diner to make the remaining cupcakes.

Despite being mad at the waitresses, Han allows the girls to use the diner’s oven. Everyone at the diner agrees to stay after hours with the girls. Oleg, Earl, and Han help out in their own way. Although Earl doesn't actually work, he provides the liquor for everyone. Meanwhile, Han tries to put frosting on a cupcake without much success.

After finishing most of the cupcakes, in between Max’s constant texting with Andy and finishing the last batch,

Max discovers that she has lost her earrings.

Caroline grows angry at Max, and Caroline mashes each cupcake to try to find the missing earrings. Caroline tells Max that she should consider the “girl code” of not communicating with her ex in respect to her, but Max being Max is oblivious to it. The girls do not find the earrings, so they have to remake the cupcakes. And guess who shows up to help the girls out?

Andy must have received a sleep-deprived text from Max, yet Caroline is open to the help. Caroline even chats with Andy about how much she appreciates his help even though the reason they broke up was because Caroline was too concerned with her career.

The exes give each other closure, and jokes aside, Max and Andy have to end their texting friendship. 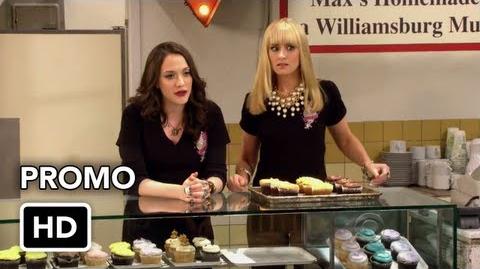 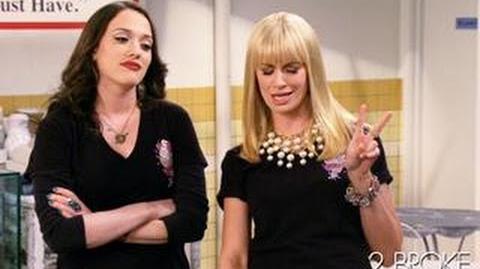 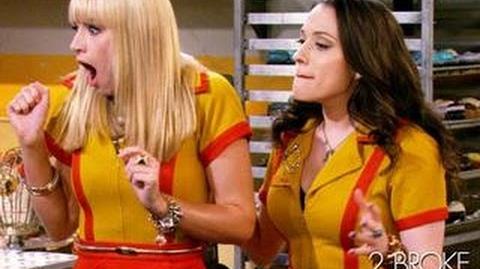 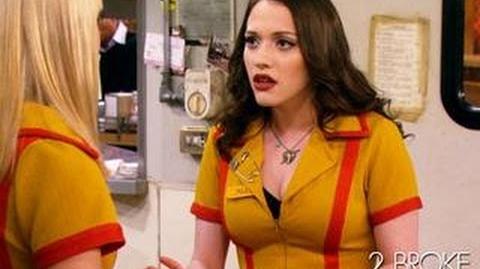 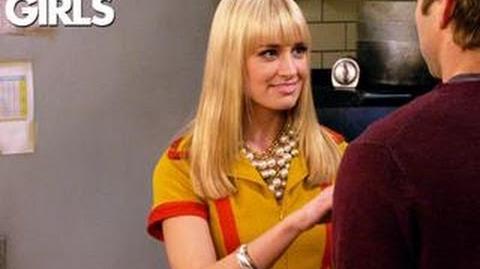 2 Broke Girls - Glove Me
Glove Me