And the Big Hole

And the Big Hole is the twentieth episode of the second season of 2 Broke Girls.

Caroline is fired after insulting the diner; Max tries to persuade her to make amends.

Caroline can’t drown out the sound of Sophie and Oleg having sex. As they’re complaining, Oleg’s leg comes through the ceiling, followed by a bowling ball. At the diner Han asks Max where Caroline is; she is twenty minutes late. She shows up and explains she had to take a nap because Sophie and Oleg kept her up all night, but Han still berates her for her tardiness. Max doesn't help matters with her usual mocking of Han, and when his argument with Caroline reaches the point that she disparages the diner, he fires her.

Han insults her cupcake business, and Caroline “quits” and storms out. She is waiting at the door when Max comes home to complain about getting fired. She fumes that Han didn't appreciate her bringing class and sophistication to his workplace, and she'll only go back if he apologizes. Max says he told her to say Caroline can only come back if she apologizes. As Oleg and Sophie start making noise again, the bowling ball comes down again.

Max and Caroline return the bowling ball and find Sophie and Oleg role playing as Beyonce and Jay-Z. They drop the ball, and it goes through the hole in the floor yet again. Caroline tells them they may be crazy in love but it’s driving them crazy. Sophie says they’re not in love, which upsets Oleg.

Caroline tells them to do it at Oleg’s apartment. Sophie says she has never been there and Oleg tells her it’s actually not that bad. She agrees to go. Oleg confesses to Caroline and Max that his apartment needs work. He asks them to help, and Caroline says she will for a price. Caroline and Max, with bags full of pillows, prepare to help Oleg. Caroline says they’ll just throw the pillows around, but when they go in, they find it is basically a 1980’s sex disco. Caroline cuts the lights and tells them they have a lot of work to do. Caroline accidentally uncovers a 'Real Doll'. She sends Oleg to get bleach and other cleaning supplies.

Max tells Caroline to call Han and apologize before the syphilis sets in. Caroline climbs on the water bed to the window to open the curtains, but her heel punctures it. Back at the diner, Earl warns Max that a new girl is there to apply for Caroline’s job. Max takes her resume and tells her the owner hits them, and the girl leaves. Max appeals to Han to hire Caroline back. She ends up inviting Han to hang out with her and smoke weed. They go to Oleg’s, which looks entirely different. Max tells them no one can leave until they talk to each other. Han makes a point of reminding Caroline that the diner she insulted was what took her in when she had nowhere else to go. Oleg comes in, horrified to see how nice his apartment looks, and his sex chair and sex swing missing. Sophie knocks, and Oleg hides them in the closet.

Sophie comes in and asks if he lives with his mother. In the closet, the sex doll falls on Han, and the door pops open. Oleg explains he hired Caroline to re-do his apartment. He tells Sophie he is in love with her. Sophie admits she likes him a little bit, but wants the apartment back the way it was.

Han and Caroline make up, and he gives her her job back. They go off to smoke weed, as promised. 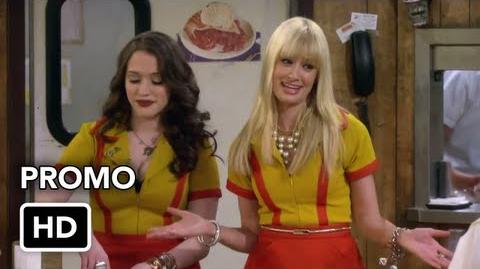 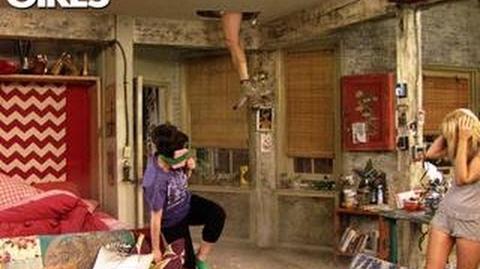 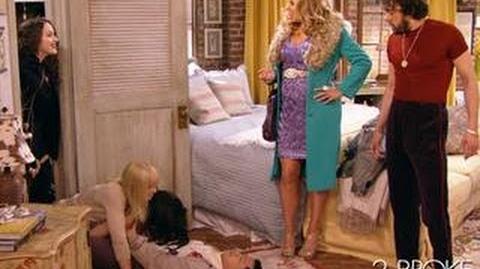 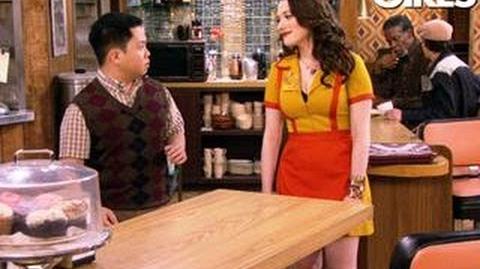 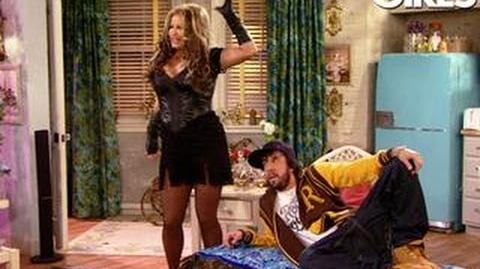 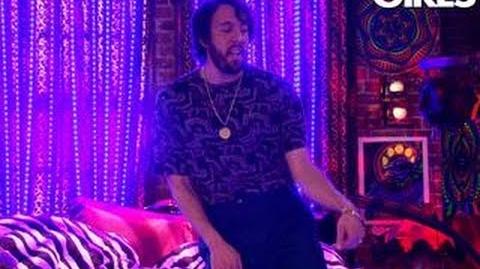