Start a Wiki
And the Big Opening is the tenth episode of the second season of 2 Broke Girls.

Max invites former flames to her and Caroline's grand opening celebration at the new cupcake shop.

Max and Earl are playing “Marry, Sleep With, or Kill: Diner Edition.” Caroline comes in and messes it up by saying she’d sleep with Earl and marry Max, freaking them out.

Caroline comes in with the RSVP list for their opening party, thrilled that they are at capacity. She wants Max’s guest list names. Sophie comes in with great news. Her Polish dream house is done! She shows Caroline and Max her picture. Oleg is not pleased to find out that Sophie didn't tell her about leaving.

She tells the girls she will see them at the big going away party, but Caroline reminds her it’s the cupcake shop opening party. The girls are getting their party arranged when their doorman comes in, thinking he is working for a charity for boys with un-descended testicles… and eczema. Max gives Caroline her guest list—all ex-boyfriends. Caroline isn't happy that the launch party is now being used to get back at ex’s rather than making business contacts.

Andy comes in, and Caroline asks him to go home and put on a suit while Max practices her “suck it” face. They turn on the big lighted arrow, and the shop opens. Sophie shows up for “her” party with a passel of guests.

The party is going well, there’s a line out the door. The bouncer comes in and tells them the fire marshal won’t let them bring any more guests in until people leave, and Max tells him to make sure that he lets ex’s in. Han isn't allowed in. Andy comes back in the same sweater, which Caroline finds hot. She likes his disobedience.

Robby comes in looking for Max, and Caroline sends him to the back after assuring him they did not have sex. He tells her he’s there to make “almonds” since he’s in AA now. He apologizes for cheating on her—like constantly. And he stole from her. Her “suck it” phase is over. Another hot man comes in, looking for Max, and she gets flustered. He asks to talk to her in the hall. Caroline tells Andy to keep an eye on them; he broke her heart and she doesn't trust him.

Outside, Max asks Johnny where his wife is, and he reveals he didn't marry her. They go into Andy’s candy store, where he confesses he’s been thinking about her. He called off the wedding because she wasn't the one, and they kiss. Candy falls on them, and Max screams, “Greatest night of my life!”

Max and Johnny come out in the morning, where Caroline and Andy are making chocolate chip pancakes. Caroline stares at Johnny in disappointment and distrust. Johnny explains the situation to Andy while Caroline keeps her mouth full of pancakes to avoid making commentary. Johnny goes to the bathroom and Andy points out he seems like he falls in love a lot.

The first day of the shop’s opening… no one is coming in. Caroline and Max decide they are probably tired from the party. The only have to sell 70 cupcake a day… they try turning the light on and off to bring people in, but nothing happens. At the diner they realize they sold 4 cupcakes to Johnny, so they only need to sell another 140 or so the next day.

Max confesses she might be making a mistake with Johnny because she thinks she only likes him when he’s not available. When he comes in she brings him to the kitchen to talk—after Caroline reminds him their business is always open to them.

Max and Johnny agree it’s not the same anymore. They kiss goodbye. 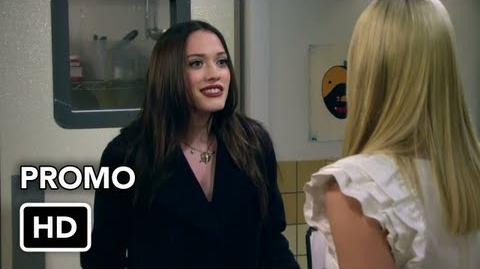 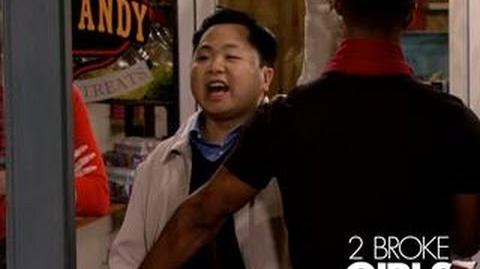 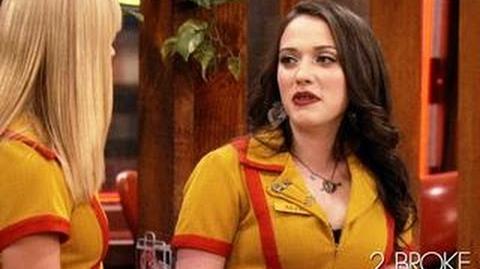 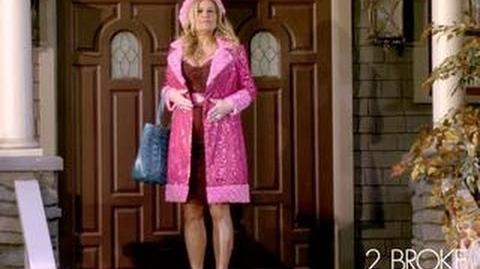 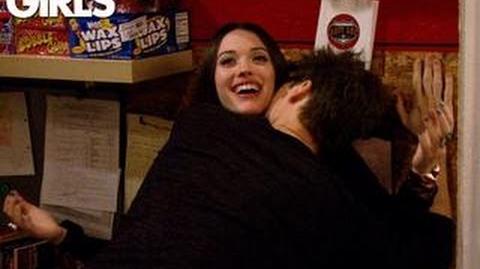 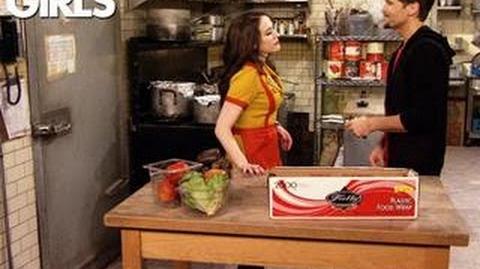 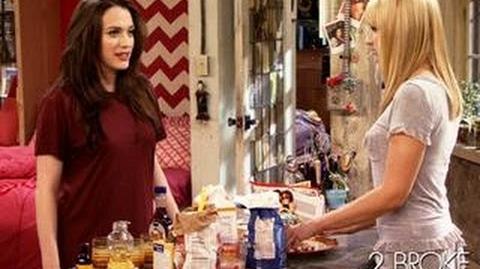 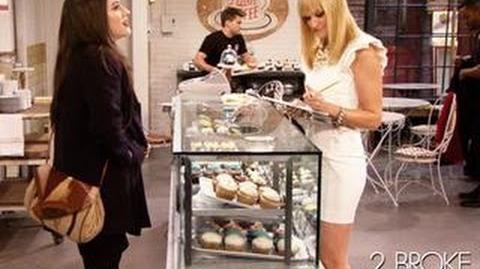 Retrieved from "https://2brokegirls.fandom.com/wiki/And_the_Big_Opening?oldid=17654"
Community content is available under CC-BY-SA unless otherwise noted.