And the Candy Manwich

And the Candy Manwich is the sixth episode of the second season of 2 Broke Girls.

Caroline is too embarrassed to date an attractive candy-store owner after a humiliating experience in his establishment.

Max and Caroline, annoyed that the diner is full up of kids using the free wi-fi and only ordering coffee, threaten to pull the plug on the Internet. They’re already annoyed, and Caroline has a table of happy drunk women having a great time. Max and Caroline decide that they hate them for having so much fun.

Max and Caroline decide they need to have a girl’s day. Sophie comes in and sits at her booth. Han comes and tells her she can’t take a whole booth herself, but Sophie tells him to go stand in the corner and he does, but only because he was going to anyway.

Max and Caroline go out to dinner, at the “Soup Kitchen.” Only… it really is a soup kitchen, which is Max’ idea of treating to lunch. The two are having a surprisingly good time, enjoying their lunch and their snuck-in liquor.

“I feel like we’re the hottest people in this room.”

A hot guy comes in, exciting them, and they ask the serving nuns if they know him. His name is Andy and he opened a candy store across the way. They head over to see him, and Max gives Caroline dibs. They go into the store and introduce themselves to Andy.

“Marry this guy right now,” Max tells Caroline, and Andy reminds her that it’s a small store and he can hear them. He invites Caroline to coffee. He starts to hook her up with candy, but Caroline seems to be feeling weird all of a sudden. She begins to gag. She tries to stay cool but has to run to the bathroom and vomits noisily. Caroline comes out, sweatily, and Andy asks if she’s feeling better. She pukes on him.

At the diner, Caroline wonders why Max didn’t get sick, but Max tells her she must still have rich girl stomach. Sophie comes in and kicks a family out of her booth.

Andy comes in, bringing little bags of candy with invites to the opening of his store. Caroline starts to come out of the back, but, seeing Andy, whirls around and hides in the back. Andy tells Max if he can talk Caroline into going he’ll hook her up with free candy for life. Caroline refuses to go to the party, despite Max telling her she’s missing out.

Max goes to the candy party, disappointed that Caroline didn’t show. He tells Max he used to work on Wallstreet. Max wants him to come to her apartment and talk to Caroline. They go back to their place but Caroline isn’t there. Max goes to pee, opening the door, and finds Caroline… having a good time with the shower head.

At the diner, Max teases Caroline about the situation but she isn’t thrilled. Sophie finds Han in her booth. Sophie just grabs food from the people at another booth, moves it, and settles into her new booth. Andy shows up, and to make Caroline feel better, he is wearing a cropped top and does gymnastics. Caroline agrees to get coffee with him. 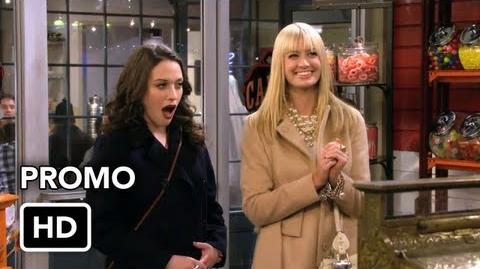 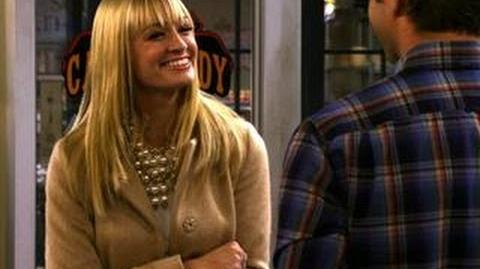 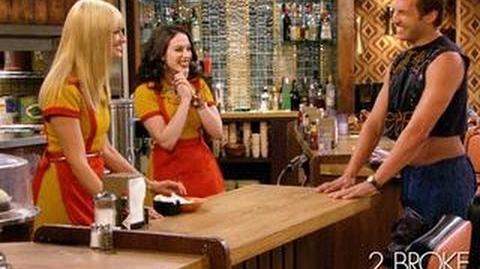 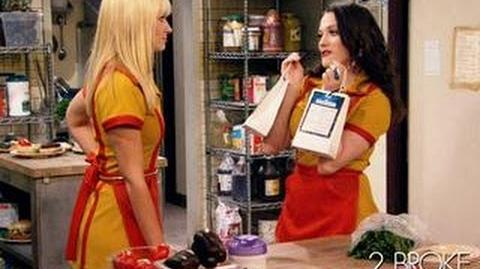 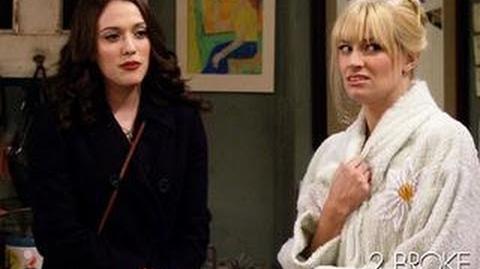 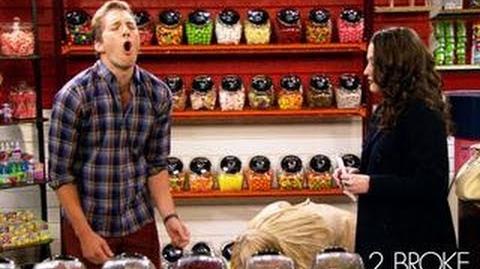 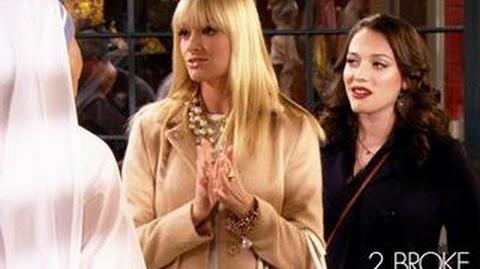 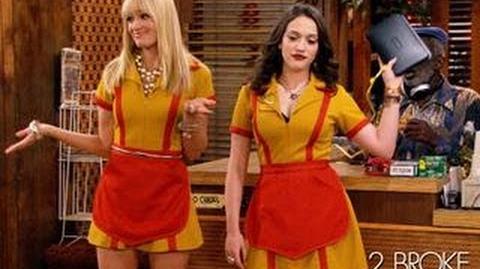