And the Cronuts is the fifth episode of the third season of 2 Broke Girls.

When Max and Caroline start losing business to the new "cronut" craze (half-croissant, half-donut), they come up with their own trend: cake fries.

Caroline points out that there are only a few cupcakes left and assumed that the bulimic girl would come and get them. She asks Max if saving the cupcakes for her would hurt the girl or help her. Anyway, Max tells Caroline that the girl is in the restroom.

Han announces himself when he appears before the waitresses. The owner of the diner claims to be looking good lately with his “two-pack” abs, but Caroline and Max can’t help but make jabs at him.

Caroline decides to give away the last red velvet cupcake because she doesn’t think her promotional tweeting is helping the slightest.

However, when the Blossom look-alike declines the cupcake to make room for a cronut, Caroline comments on her outfit and stomps off.

When Caroline and Max line up for the cronuts to do research on the trend, Max insists that she’s a pro at cutting in line, but when she tries to do so, the line of people get angry. Afterwards, an arguing couple line up after Caroline and Max, but the woman gets a little too impatient and pushy in line.

Despite their differences, the girls still try to get along with the couple, yet when the couple cuts right in front of them at the very last minute, it costs Caroline and Max their cronuts when the bakery sells out of them.

Caroline suggests that she and Max sell cronuts and then switch them out for their own cupcakes when they run out just to lure customers. Caroline turns to Craigslist to find some cronuts in the “black market” but ends up purchasing from a male prostitute who happens to also sell cronuts.

While Caroline plays good cop, Max plays bad cop to the point that she scares away the prostitute into a good deal with the cronuts.

Nevertheless, when Caroline and Max try their hand at selling cronuts and then switching to their own cupcakes, the line dies down immediately.

On a random note, Max dips some fries into some cupcake frosting prompting Caroline to try. Next thing you know, Caroline has a eureka moment to push this new trend.

At the diner, the two decided to ask for some opinions regarding their new dessert as they assembled a focus group. Sophie comes in the diner announcing she's bisexual now and has brought a date. Sophie says that she's gotta keep up with the trends that's why she's bisexual. Everyone commented positively on it with the exception of Sophie's date saying that cake fries are gross and messy.

The cake fries became successful, even a sad girl smiled with their cake fries, they also sold out their new dessert. Caroline and Max closed their shop as Caroline talks about that cupcakes, cake fries and cronuts doesn't matter because their going to be successful because they have the two things that really matter, and that's themselves. 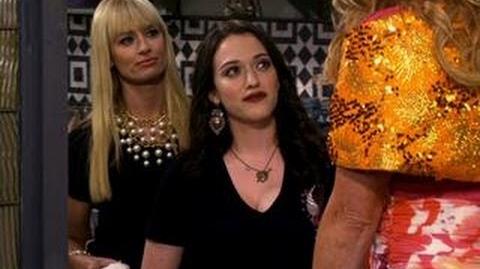 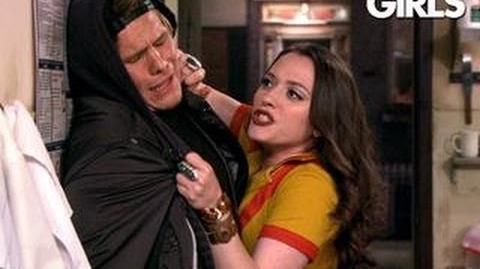 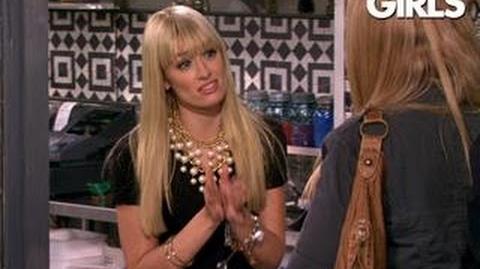 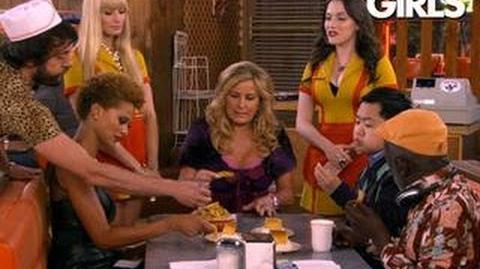 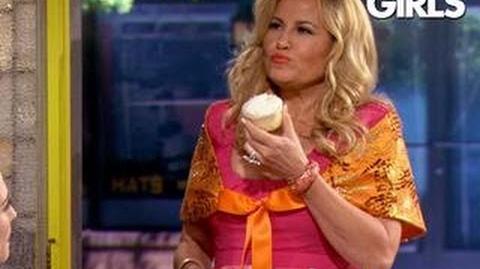