And the Cupcake War

And the Cupcake War is the fourth episode of the second season of 2 Broke Girls.

Max and Caroline audition to be on the reality show "Cupcake Wars."

When customers offend Max by not recognizing her cupcakes, the Brooklyn waitress easily gives up. Hearing this, Han gossips with everyone in the diner, and in doing so, alerts Caroline. As Caroline and Max discuss their

cupcake business in the kitchen, a stoned Oleg rattles on about
nonsense. And when Caroline and Max finish their conversation, Max hand motions Oleg to share the weed before Earl appears from the pantry with a cloud of smoke surrounding him.

Back at home, Caroline walks in on Max catching up on Cupcake Wars on her laptop. Caroline asks Max why have they not auditioned for this show to which Max tells Caroline that she doesn’t want to be judged if they appear on the show. Although Max appeared nonchalant about not entering the show, she reveals the prerequisites for auditioning, which shows that she did consider auditioning at one point.

Next thing you know, the girls are having Oleg (of all people) shoot their audition tape in their apartment. Oleg, of course, confuses the shoot to be a semi-pornographic audition. Sophie walks into the apartment and offers Max and Caroline a job for a big party. However, Sophie says the job’s for connections more so than getting paid, so the girls decide not to take Sophie up on the job.

As Oleg shoots the girls, they look like they have nailed the audition with a cameo by Chestnut. Caroline had said before that she had studied past Cupcake Wars episodes, and each team had at least a brand. In this case, Max and Caroline are the “two scrappy girls with so little you can’t but love them,” or as Max puts it, “the girl who knows how to make cupcakes and the girl who doesn’t.”

Max and Caroline’s audition tape wins over the Cupcake Wars producers, but when the girls go on the show to compete against a couple of ladies who had

survived Hurricane Katrina, the competition is as stiff as stale chips. Initially, Caroline flubbed the intro because of nerves, but overall the girls didn’t do too badly with a new cupcake creation: chicken and waffle cupcakes. Yum!

Critical reception of the episode was mostly positive.
Will Harris of The AV Club, gave the episode a B-, saying "it sets the crudeness aside in favor of a clever, funny concept, and that’s what was at the core of this episode." Source
Processed Media gave this episode an F, saying "Max still can’t sell a cupcake and Caroline still can’t make one – just like the writers still can’t see when they have something interesting staring them right in the face." Source
TV Equals gave it a good review, saying "Maybe my favorite moment came during the call-back to Max’s list of things not to say on camera, clichés like “Go girl!” and “We got this!” and so forth. In one fell swoop, Max managed to stuff every last one of her forbidden phrases into one extended rant. “Oh my God, I said them all,” she lamented. Funny stuff." Source 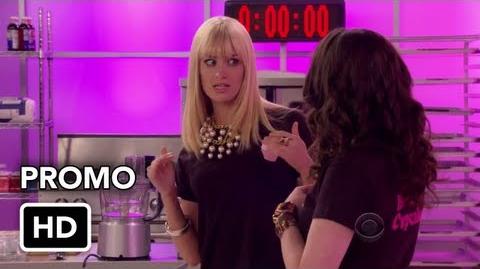 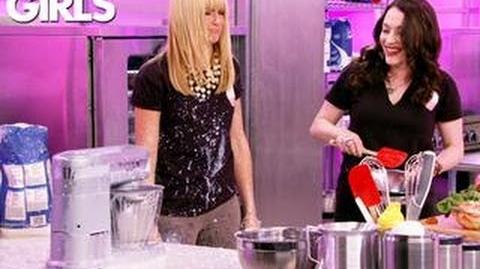 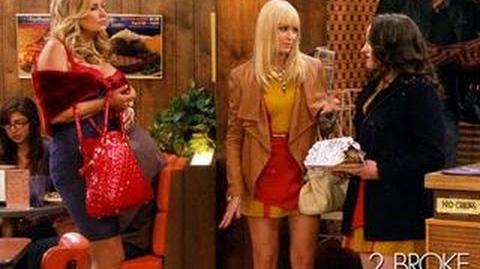 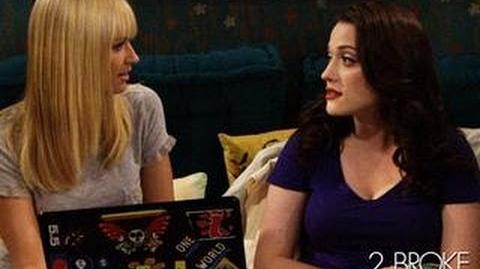 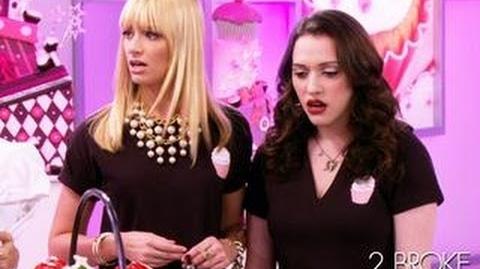 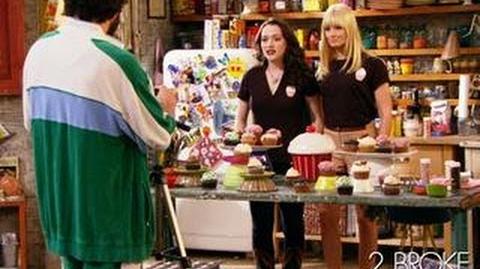