And the High Holidays

And the High Holidays is the twelfth episode of the second season of 2 Broke Girls.

Desperate for a way to pay their overdue rent, Max and Caroline get involved with a group of sketchy customers willing to pay top dollar for their cupcakes.

Max and Caroline are hosting their first cupcake party. It’s horrible. They are dressed in cupcake costumes, and kids are throwing stuff everywhere. One smears frosting on Caroline's face. Max laughs, but she's next.

Andy comes to see Caroline and asks her if there is a problem with their store. The landlord told him they hadn’t paid rent. He asks if they need help, but Caroline lies about it. Max sneaks off to do a "cupcake run," which has been bringing in extra money. Caroline follows her, trailing her to a door. She announces herself, but it turns out to be a man with nasty long hair. Max comes up behind her.

Max explains that her dealer calls her and Max sells cupcakes to the stoners. They drop them off and grab the hundred bucks. Caroline is reassured that they’re not doing anything illegal. Suddenly a SWAT team rushes past them, and busts down the long-haired man’s door. They haul him away while “Carol” screams at him that she told him not to get involved in drugs. Caroline is over the cupcake-to-stoners idea immediately. They sell a box of cupcakes to a woman whose cat died, and find out their other party cancelled. They begin to worry about paying rent.

Max says she’ll just do more cupcake runs, but Caroline is against it. She goes to borrow the money from Andy but changes her mind. Han stops by for a visit, and Max foists a large cupcake order on him. They see the landlord outside, and decide to hit the lights and hide. Everyone crawls to the kitchen. They open the window to sneak outside. Caroline notes it’s a little high, but they jump out anyway just as the landlord comes in. He finds Han standing awkwardly in the kitchen, "I no habla Ingles."

At home Caroline looks for loose change, but finds Max’s huge bag of pot that was given as her Christmas gift. She goes to put it on the shelf but it falls into the pot of melted butter. Max wonders if it’s a sign they should sell drugs. Caroline is against it, naturally. Max bakes the cupcakes anyway, and pressures Caroline into eating one. She thinks it’s amazing and that they should sell them, but freaks out when someone knocks on the door. It’s just Sophie. She recognizes the smell and wants to partake.

They bring the cupcakes to a friend, and Caroline’s stoned personality comes out—she’s incredibly morbid and freaks everyone out. They decide to get food into her and she’ll be fine, their friend is coming with pizza. The friend shows up and turns out to be Andy. When she sees Andy, Caroline runs away through the window. The next day Max fills Caroline in on what she did, including rolling around in syrup screaming “The Mayans were right!” Andy tries to give her a check but she again turns it down.

Earl, Han and Oleg come into the shop. They tell them Caroline called and told them all they couldn’t pay their rent, and everyone chipped in. Caroline says she can’t take it, but Han tells them they have to-they’re family.

Max gives them some leftover “special” cupcakes as a thank you. 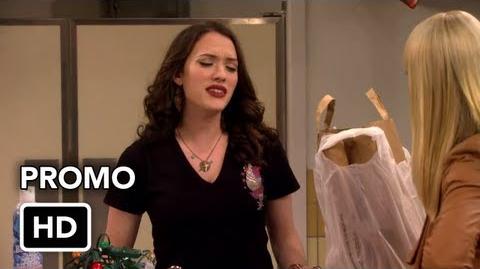 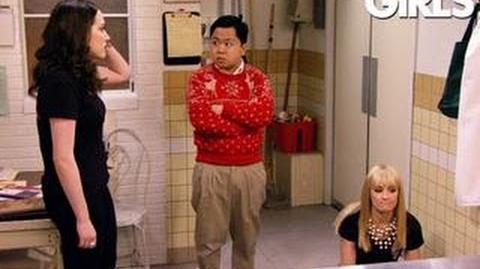 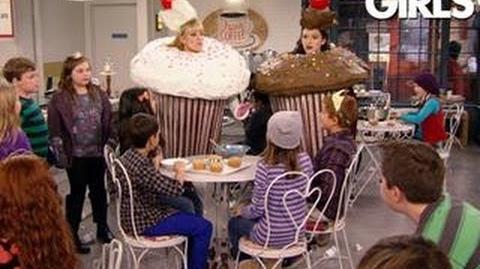 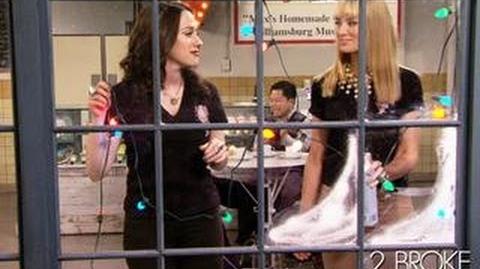