And the Hold-Up is the third episode of the second season of 2 Broke Girls.

Caroline and Max's true colors are revealed during a robbery at the diner; a new side of Han is exposed.

Max and Caroline talk about their plans for the evening, and Caroline mentions an art exhibit where a couple just slapped each other. This naturally becomes a slap fest, which Oleg and Han think is a reenactment from Fifty Shades of Grey.

A man in trench coat comes in, and Max approaches him. He asks, “Do you want to live?” Max replies with her normal sarcasm, “Actually today I could go either way.”

It turns out he has a gun in his pocket, and is robbing them. He has Max load up a bag. When approaching Caroline, she pees herself. Oleg comes out from the kitchen with a bat but slips in the pee. The man angrily demands Caroline come out from behind the counter. Caroline says take Max instead, and throws her in front of her. Han pulls a gun from his “manny” pack, and saves the day.

Later Caroline and Max are sorting the stuff out of the bag that was supposed to be stolen, and Caroline finds a popcorn coupon for the movies. She decides she want to go to theater, Max says she will sneak her in. At home, Max complains to Chestnut about Caroline using her as a human shield.

The two go to the movies, but Caroline starts to panic, annoying Max, who is learning new things about her friend. Max expertly walks past the usher and gets them in. They go to concessions, and Max tries to talk the man named Halleluiah into making fresh popcorn, but he doesn’t want to. She snaps at some nerds waiting behind them, defending Halleluiah, and he makes them new popcorn. They sneak into the theater and Max explains to Caroline what happens in a superhero movie. Max turns out to be one of those people that scream at the screen, and they argue again, and Max brings up the human shield once again.

Caroline wants to leave but doesn’t want to go to a movie alone. They see Han sitting in back. He is sitting with guy and girl, and they mysteriously leave. Curious to see if they’re going to have a three-some, they follow Han, and he goes into the bathroom. Is he a drug dealer? They see him coming back and run, lest they be forced to make conversation.

On the way back to the movie, the usher asks for the tickets. Max breezes past him, but Caroline panics, and admits she can’t find the tickets, and gets left behind. Han comes up and she pretends he is her boyfriend, and has the tickets, which he can’t seem to find either. The usher tells him it’s a felony to sneak into a movie—and, terrified, Han pees. At the diner, Caroline and Max admit they’re just selfish people. Max does approve of Han for not selling Caroline out. She asks why he was at the movies in middle of day, but he says sometimes people bug him and he needs to get away.

Critical reception of the episode positive.
Pilot Virtuet of The AV Club, gave the episode a B+, saying "We’ve always known that they are both incredibly selfish human beings but it’s nice to see Caroline finally realize this and admit it to herself." Source
Processed Media gave the episode a D, saying "2 Broke Girls could take a massive step forward, even for one episode, if it was willing to step out of its repetitive formula and challenge the status quo of its characters a little bit." Source
TV Equals gave it a good review, saying "Now that’s good writing, “2 Broke Girls” writing staff- it informs and reveals something about character at the same time. Nice going." Source 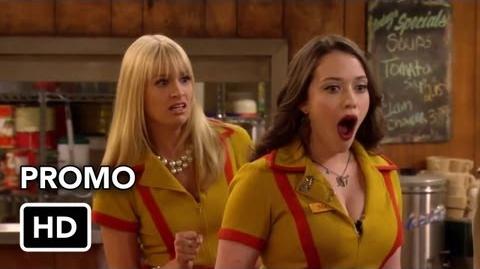 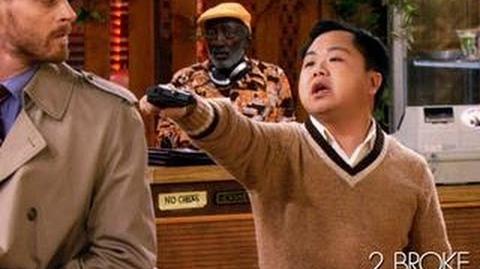 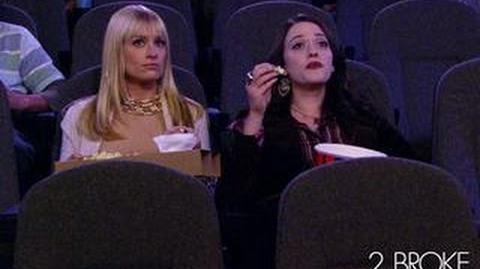 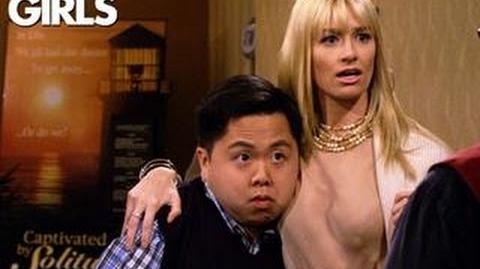 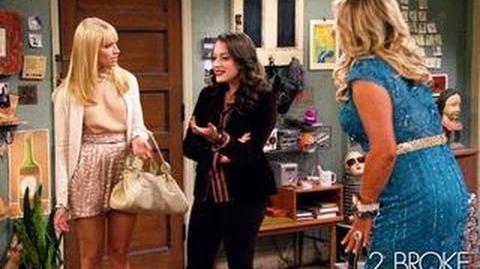 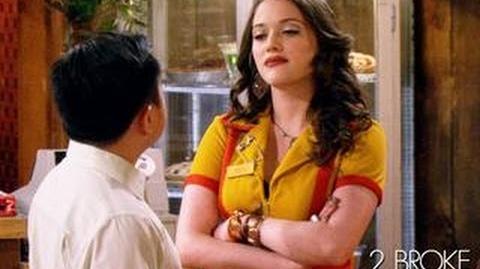