Start a Wiki
And the Kickstarter is the second episode of the third season of 2 Broke Girls.

Caroline tries to raise money for a pricey pair of pants through a fundraising website; a smartphone comes between Max and Caroline.

As Max waits on a pair of rude texting customers, she interrupts them by blowing a plastic straw wrapper at them. Once Max gets the girls’ attention, she learns of their Kickstarter passion project: candles with arms.

The customers insult Max by saying that she can’t just want to stay a waitress her whole life. An offended Max goes off on the customers before Caroline chimes in, “You know we work for tips, right?” “Yeah, this one got away from me,” Max says indifferently.

When Han announces that Max’s side work is about to begin with Caroline, Max says, “Hold up, girl,” to which Han says it’s not appropriate to talk to him that way. Max throws Han a few offhand gender jokes before Han says, “Keep it up Max and one day I’ll show you my penis, and you’ll be sorry.” With a great pause, Max says, “Yes, yes I will” before she goes to find Caroline staring out of their cupcake shop window.

Mesmerized by the model working her outfit for a photo shoot, Caroline is jealous of the new clothes the model gets to wear. Caroline laments that everyone has new clothes to wear, even the homeless lady with the beret. When Max suggests the Kickstarter program to fund new clothes for Caroline, the former rich girl gets a gleam in her eye. 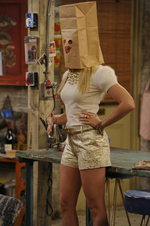 Max also receives a letter about upgrading her flip phone. As Max declares her love for her old cell phone, Caroline has an urge for a new set of pants, especially when she rips her pants.

At the cell phone store, an unsure Max has second thoughts about getting a new phone, but Caroline convinces her to stay all the while trying to staple the back of her pants together in a hilarious fashion. A store associate assists Max with a new phone and comments on what’s going on with Caroline.

“Her staples popped,” Max says. “Lap band? Happened to my cousin. She had a Diet 7-Up and exploded.” The associate continues, “Then, she got M.S. According to Judge Joe Brown, it was not related.” After Max gets her new touch screen cell phone, the fun begins.

Meanwhile, Caroline gets her Kickstarter project started by asking Max to film her in a paper bag to beg for donations. The donations begin pouring in, and Caroline gets her expensive pants. Nevertheless, all seems well for the waitress besties until Max accidentally sends a chain text complaining about how sick of Caroline she is. Caroline finds out about the message and feels hurt that Max would say that, although Max does make a good point that she makes worse comments at Caroline. Caroline claims that this time it’s behind her back. She then says "I love you" to Max and they reconcile. 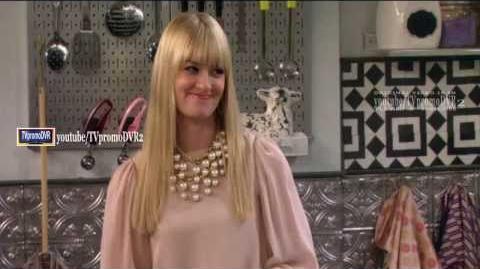 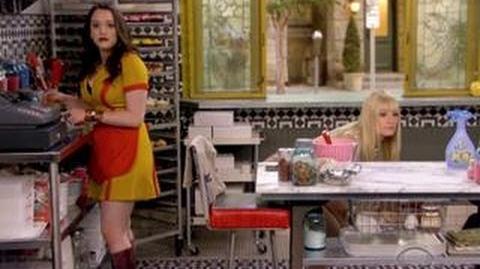 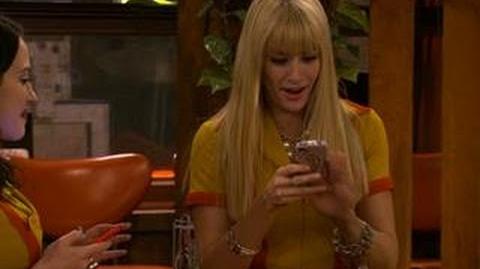 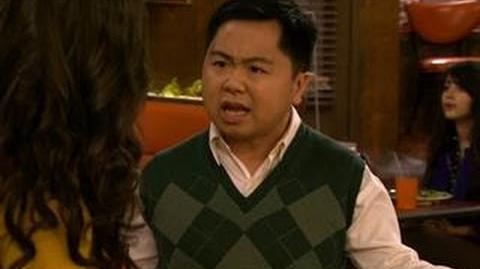 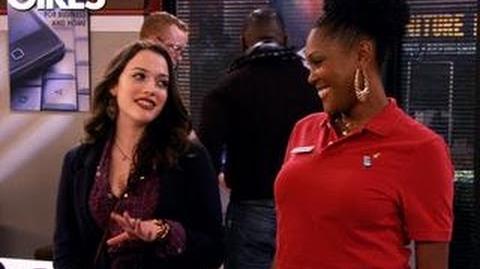 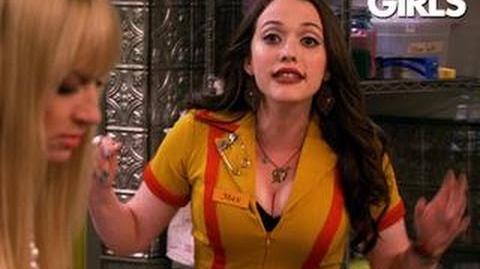 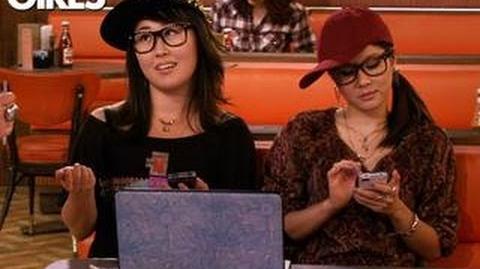 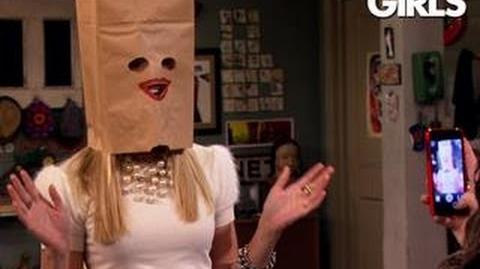 Retrieved from "https://2brokegirls.fandom.com/wiki/And_the_Kickstarter?oldid=18351"
Community content is available under CC-BY-SA unless otherwise noted.