And the Tip Slip

And the Tip Slip is the twenty-third episode of the second season of 2 Broke Girls.

Caroline's father, Martin Channing, asks Caroline to go on a talk show to defend him when a former employee threatens to defame him in a tell-all book.

Han is putting together a baseball team for the restaurant league. Caroline throws him the ball and hits him in the groin.

Caroline and Max go to see Caroline’s father per his request. He needs a favor; a woman who used to work for him is being paid a million dollars to write a tell-all book about him. Sandra Rosenthal. She is claiming they were sleeping together. She is going on “Piers Morgan,” and Caroline says she will go too, to refute her words.

He wants to speak to Max privately. He asks her to tell Caroline that the woman is also claiming he has a small penis. It may be the lie that got the book sold.

The girls ride the subway home, with Caroline trying to get it out of Max what happened.

Caroline decides she has to discredit the woman. She has to show that her father has done good things as well as bad. Sophie comes in and reveals that news of the “wenis” is all over the Internet. Caroline is so stressed she can’t shake her head—Han tries to give her a massage but it’s ridiculous. Sophie offers to treat the girls to a massage at her spa.

They enjoy their massage, but Caroline still can’t relax knowing that her father will be embarrassed on television. The woman, Sandra, comes in on the cell phone and goes in for a massage. Sophie goes to stop the masseuse and Caroline sneaks into the room, trying to get information out of her. When Sandra realizes something is amiss, Caroline confronts her, telling Sandra that she's about to tell lies about Caroline's father on TV. Sandra retorts by claiming that she did sleep with Caroline’s father on Caroline’s bed and Sandra threatens to embarrass her too, but not before embarrassing her at the spa there and then by telling everyone that Caroline inappropriately touched her. Luckily, Caroline's muscle appeared in the form of Sophie, who had apparently been listening behind the door.

Caroline goes to “Piers Morgan,” uncertain now of the truth. Max goes through the pictures of Caroline’s father that she was planning to use to prove he helps people; a photo of him in a swim suit reveals that Sandra was lying about the small penis.

They go on the show, and Piers brings up the small penis. Caroline doesn't answer, but asks Sandra about lying about her finance degree. Max tries to get Caroline to show Piers the picture. She finally crawls up and puts the phone in front of him.

Piers closes the interview—she and her book lack credibility. 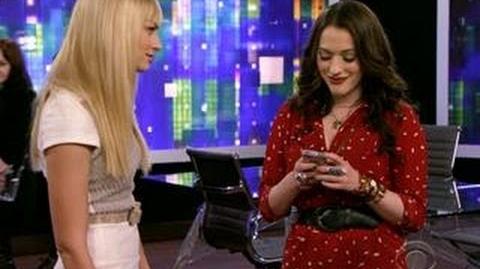 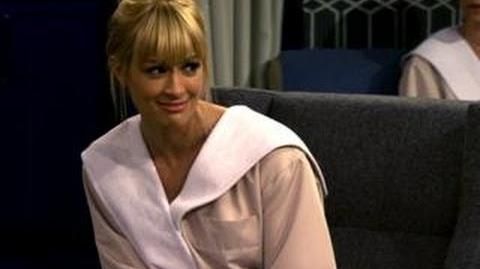 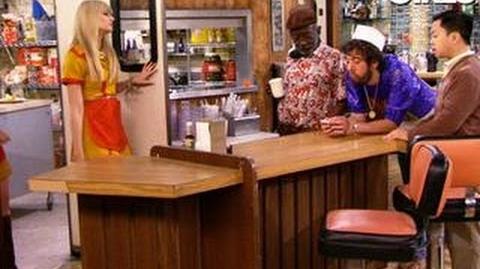 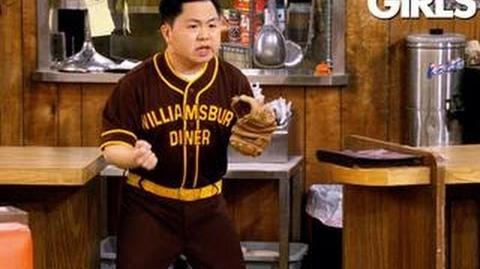 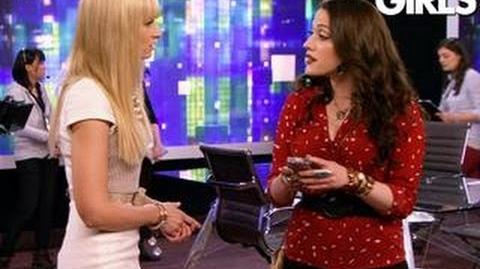 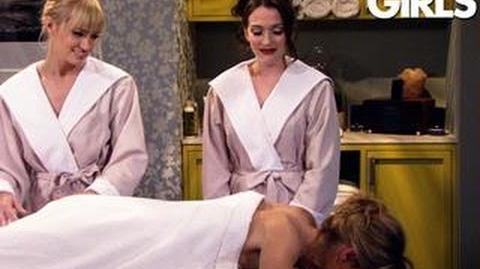