And the Window of Opportunity

And the Window of Opportunity is the season finale of the second season of 2 Broke Girls.

As Caroline and Max deep-clean part of the diner for Han before a health inspection, they make a discovery that could help relaunch their cupcake business; Sophie and Oleg break up after he cheats on her.

Over at the diner, Han preps his staff for health inspection. Han pays show pony Caroline to get a manicure; has Earl clean his cash register area; sanitizes Oleg with triple hairnets; and pays Max off to stay away from the diner. Han is determined to get that A-rating. While Caroline was getting her manicure, she heard about a branding seminar that she wants to attend with Max. Max isn't too keen about any seminar.

When the health inspector comes, she’s charmed by Han’s politeness and tells Han she’ll inspect the men’s restroom first because that’s considered ground zero of waste. Caroline gives Max a flier she printed for their yard sale, so they can make $600 for the seminar.

At the girls’ apartment, Caroline and Max have their yard sale set up before Sophie walks in with a few of Oleg’s belongings. Sophie divulges that Oleg’s been leaving too many of his items at her place. Caroline puts her two cents on Sophie’s relationship with Oleg by saying that Sophie has intimacy issues with him now that Oleg has told her he’s in love with her.

Sophie makes an indirect ultimatum about how if Oleg doesn’t change, he’s out. Afterwards, Miss Trudy, Dennis Endicott III, and their bird arrive for the yard sale. While everything seems like garbage or as Caroline considers “vintage,” the Trudy bunch isn’t really interested in anything except for Max’s nugget Happy Meal collection. Even though the Trudy bunch offers Max a large sum of money, Max declines. As the Trudy bunch exits, Dennis tells Trudy that she’ll pay for it with a punishment pillow because they never got anything good.

Back at the diner, Han opens the envelope to reveal the restaurant rating result. It’s a B-rating, which Han isn’t pleased with. Han stomps off to contact the health inspector about the rating.

In the diner’s kitchen, Oleg is about to go home to Sophie when Caroline spills the beans on Sophie feeling smothered. Although Max tells Caroline to mind her business, Caroline doesn’t stop telling Oleg the truth. Oleg has had enough and no longer wants to change for Sophie. He charges out of the kitchen without his sanitized kitchen attire, stripped down to his underwear. Han enters the kitchen to announce how he wants to die. Han tells Caroline and Max the reason why the diner received a B-rating was because there was a backroom that needed to be cleaned while no one even knew there was a backroom.

When Han attempts to push over the shelf that blocks the door to the backroom, the shelf barely budges, but then, Max pushes the shelf with ease and kicks open the door without a problem. Max offers to clean the room to get the money for the seminar even though Caroline thinks it’s easier just to sell Max’s nugget collection.

As Caroline and Max clean the room, a nest of dead roaches lands on Caroline terrifying her. Max gives in to selling her nugget collection, so that Caroline doesn’t have to continue cleaning.

However, at the apartment after Max makes peace with parting with her collection, a distraught Sophie visits Caroline and Max in a fit of rage over Oleg cheating on her. Sophie says her apartment has too many pretty belongings, so she destroys the girls’ items, including Max’s nugget collection. Sadly, Caroline and Max have to return to the diner to finish the job for the pay.

As the waitresses wash down the walls, they clash over their differences in what they want for their cupcake business. Just when Caroline and Max are at a breaking point, Max accidentally electrocutes herself and collapses. This sends Caroline in panic mode, as she tries to revive an unconscious Max with CPR. Max revives as Caroline explains what happened. Caroline opens the window and lets Max breathe some air.

A hipster passes by and asks if it's a store. Max suddenly comes up with an idea that this might be their window of opportunity.Sophie passes by and asks the girls if they're 'turning tricks in a window like they do in Amsterdam'. Max replies no and says that they might've found their new cupcake shop. Sophie finds Oleg car and smashes its window with a hammer. Caroline comments 'Well, some people open windows, some people smash them'. 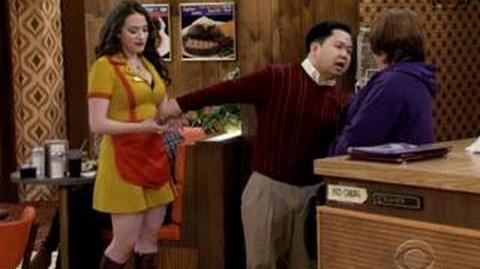 2 Broke Girls - And The Window Of Opportunity (Preview)
Promo 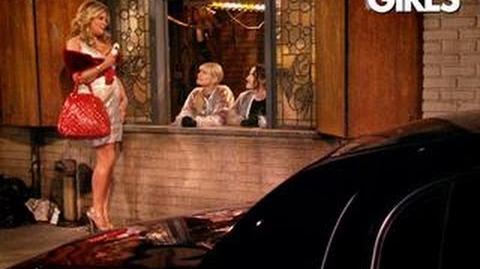 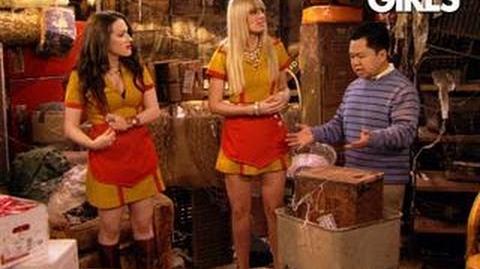 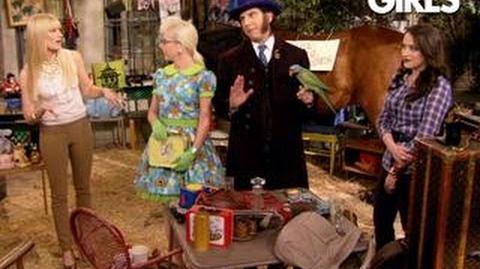