And the Worst Selfie Ever

And the Worst Selfie Ever is the twenty-first episode of the second season of 2 Broke Girls.

Caroline spends a night with her ex, but develops a rash the next morning.

Caroline and Max are overjoyed about their purchases at the Under a Dollar Store. Caroline has her new clean sheets and fabric softener ball, while Max has her steak and “steak-eating chair.”

The next morning Max wakes up to find a candy trail outside her bedroom. Max asks, Andy interrupts Max as he’s in bed with Caroline. “I’m not God, but I do believe I answered your roommate’s prayers last night.”

While Caroline claims that her night with Andy is just casual, over at the diner, Caroline wants to leave work to see Andy for a breakfast date.

Out of nowhere, Caroline feels an itch. Max thinks Caroline has to urinate, yet Caroline thinks she has contracted herpes from Andy.

Han enters the room wearing a suit to meet a woman, who he met online. However, when the beauty comes into the diner and sees Han, she immediately leaves a heart-broken Han.

Caroline wanted to text Andy about getting together. Max breaks the news to Caroline that Andy is not only dating one individual but several women. She thinks that one of Andy’s lady friends gave her herpes. Over at the apartment, Caroline peruses Web MD to figure out her dilemma. As Caroline and Max look at uncomfortable photos, the photo submitted by Jen from New Rochelle shocks Max. Caroline thinks that she can handle a rash, but Dr. Web says it’s herpes.

Max asks Caroline if her rash looks like what it looks like in the photo. Caroline can’t bend over to see it, and Max offers to check it out for her. Caroline doesn’t feel comfortable showing Max her private part even though she doesn’t have a problem taking a photo of it and letting Max see. Caroline comically uses flash to take the picture and even decides to use a filter on the photo.

When Sophie comes in, she immediately calls Caroline’s itchy walk the “Herp Walk.” Sophie, who was a nurse in Poland, demands to see Caroline’s nether region. Sophie says, Sophie suggests Caroline could have slapped a filter on the photo. Caroline and Max go to the clinic. Max reads from a pamphlet stating that one in six could have herpes as she counts that there are precisely six people in the room waiting to see a doctor.

Caroline points out that any one of the six could have herpes. What about Max? Max says she doesn't do well on tests. The moment Caroline finds out that the blood test would cost $250, she decides to ask Andy for a loan. Max runs into an old flame, played by Aaron Scotti, prompting her to jot down her sexual history to possibly get tested, too. While waiting for Andy at a coffee shop, Caroline shows Max an update of Jen from New Rochelle, who says that her life has gotten so much better after joining a site called His and Herpes.

At the diner, Caroline wants to call the clinic again for the test results before the receptionist from the clinic walks in to relay the results to Caroline without trying to break the law. It turns out that Caroline only had a reaction to the cheap fabric softener she used to wash her sheets.

In return, the ladies give the receptionist free fries.

Another woman walks into the diner, where Max points out that she set Han up with Web MD’s Jen from New Rochelle. Caroline hears this and looks on in horror, but Max says it could be an allergic reaction from her laundry detergent.

Back in the apartment, Caroline decides that after this debacle, she’s ready to get back in the cupcake-making business before Sophie walks in to “solve” Caroline’s problem. What’s Sophie’s solution? “Just don’t tell anyone!”

Caroline tells Sophie she doesn't have herpes to which Sophie yells, “That’s it! That’s the way to do it. Problem solved!” 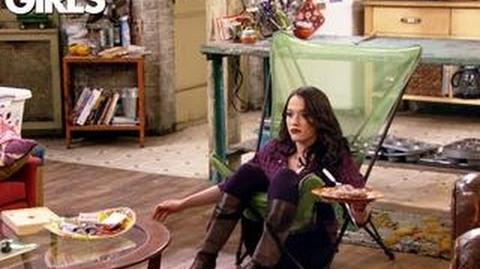 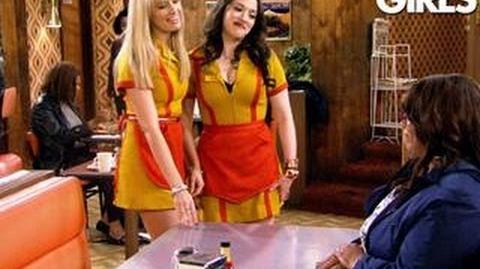 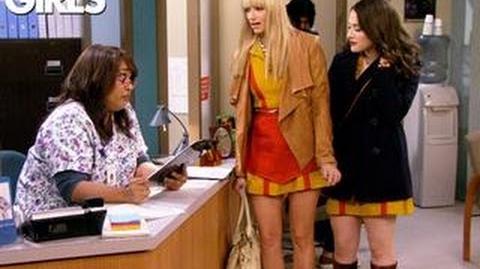 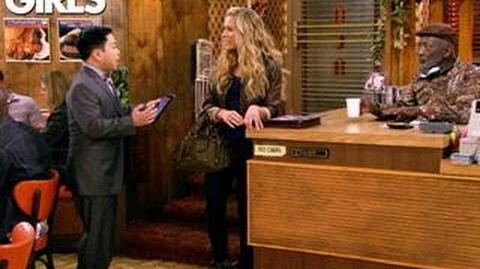