Debra Renee Wilson, also known as Debra Wilson Skelton or Debra Skelton, is an American comedienne and actress. Wilson is likely most famous for being the longest-serving original cast member on the sketch comedy series MADtv, having appeared for the show's first eight seasons.
She has also done voice work for various productions including Avatar, American Dad!, Family Guy, Hoodwinked Too! Hood vs. Evil, The Proud Family, and The Boondocks.

Wilson was born and raised in New York City, in the neighborhood of Ozone Park, Queens. Wilson attended the New York City High School of the Performing Arts. After graduation, she continued her studies at Syracuse University, working in television and radio broadcasting. Her acting debut was on the television pilot The Apollo Comedy Hour.

Following this success she became a series regular on The Uptown Comedy Club and co-hosted Can We Shop? with Joan Rivers. She continued her work in television working as a spokesperson for Burger King, and guest starring in New York Undercover. Her major feature film debut was Let It Be Me which she worked on shortly before starting on MADtv.

Wilson was one of the original eight cast members of MADtv when the series aired in 1995. Wilson came to the show with a background in sketch comedy, improv and television. MADtv was her third TV series, although she had done stand up in New York for one year. Wilson was credited for creating some of the most popular recurring characters on the show. Among her characters were Latina bimbo Melina (Lida and Melina), Reality Check's Tovah McQueen, Stick Chick Autumn, Kappa Kappa Kappa sorority sister Hayden Brooks, Alexis Dubane (Prehistoric Glamazon Huntresses), blaxploitation actress Cocoa Latette (Son of Dolemite), Lowered Expectations Host and Ms. Not Nice (Jenny Jones). Perhaps her best known character was the fast talking "Black American Princess" Bunifa Latifah Halifah Sharifa Jackson. Her most recognized impressions on the show were of Oprah Winfrey and Whitney Houston. Her Oprah impersonation is so well regarded that in fact she has played Oprah or Oprah-like characters in other media, most notably Scary Movie 4 and on The Proud Family.

Since her debut on MADtv, Wilson has done voice acting on episodes on numerous television shows, landing some recurring roles on such shows as Clone High, Family Guy, and The Mr. Potato Head Show. She voiced Captain Lisa Cusak in the Star Trek: Deep Space Nine episode "The Sound of Her Voice".

Wilson has made numerous independent films, including Naked Angel, Jane White Is Sick and Twisted, Skin Deep, and Soulmates. She was also in an episode of Without a Trace as a doctor, and has appeared three times (to date) as "working girl" Divine in episodes of CSI: Crime Scene Investigation.

She and Sullivan have done commercials for Pepsi's Sierra Mist. She appeared as herself on the February 15, 1999, episode of WCW Monday Nitro accompanying MADtv castmate Will Sasso in his professional wrestling match against Bret Hart. She also appeared on the UK "Whose Line Is It Anyway" - Season 10, Episode 9. She was the co-host of TV Guide Channel's TV Watercooler with John Fugelsang, until she was replaced by Teresa Strasser in October 2006. She was also a co-host on GSN Live until she left in January 2010.

Wilson has a cat named Nala and a Colombian tegu named Lizard. She often volunteers as an actress with the Young Storytellers Program. Wilson plays the Aboriginal didgeridoo and collects slide puzzles. Her favorite subjects are spirituality, metaphysics, the paranormal, psi phenomena forensics, cultural anthropology and ancient history.

Wilson recently got a huge amount of tattoos around her entire upper body and arms up to the bottom neck and the wrist as she claims it was a part of a ritual. 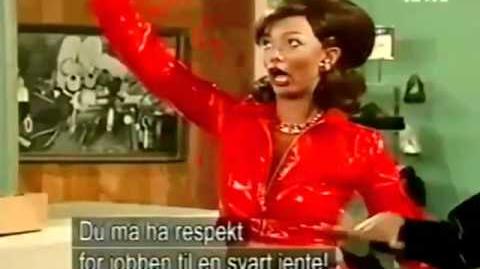 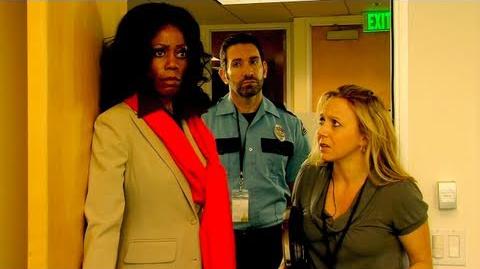 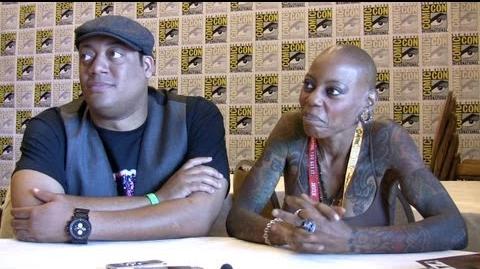