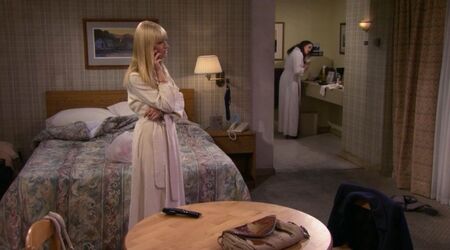 The Motel Room was the room that Max & Caroline stayed in after their flight to Los Angeles had to land early. The Motel is located in Kansas.

Caroline & Max are forced to stay in the Motel after their private flight to Los Angeles for the Grammys lands early due to engine issues. In the Motel room, Caroline reveals that they have a flight the next morning, but it is a normal passenger coach flight. The duo then eat the food they ordered & Max forges 2 Chainz signature on Han's t-shirt.

1/8
Community content is available under CC-BY-SA unless otherwise noted.
Advertisement