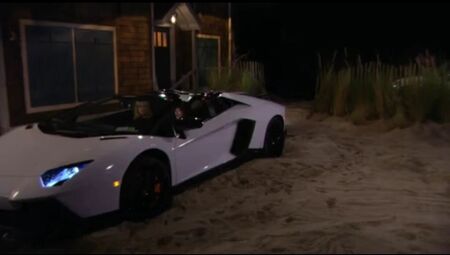 The Hamptons are a group of villages and hamlets in the towns of Southampton and East Hampton, which form the South Fork of Long Island, New York. The area features some of the most expensive residential properties in the U.S. Caroline used to frequently visit The Hamptons when she was rich.

And the Past and Furious[]

In the season 4 episode "And the Past and the Furious", Caroline receives a Lamborghini from her father on her birthday though later discovers that it will be seized the next morning. Max 'roofies' Caroline & drives 3 hours to a beach in The Hamptons to try & please Caroline, but they later discover that the car is trapped in sand after Max drove over the sand dunes and Caroline is forced to push it out.

*Caroline tells Max that if her dad had not gone to jail that she would have probably gone to The Hamptons on her birthday with friends and taken 'duck face' selfies on the beach.

*Caroline used to own a beach house here.

1/3
Community content is available under CC-BY-SA unless otherwise noted.
Advertisement